Escherichia coli in the vagina in most cases goes along with the Escherichia coli in the urinary tract. It can be transferred from the vaginal tract to the urinary tract and vice versa. Generally they are treated using the same treatment. Sometimes it is necessary to douche the vagina. Vaginal infections can also be obtained by sexual intercourse, especially if you are practicing anal sex. Some research shows that it is impossible to transmit Escherichia coli from one partner to another even though our research suggests the opposite. Vaginal infections may also be obtained by excessive use of antibiotics while trying to treat urinary infections. Strong antibiotics destroy healthy vaginal flora which therefore becomes the ideal foundation for creating a new infection.

In favourable conditions, the population of E. coli bacteria can be doubled in twenty minutes!

INFECTION OF THE DICESTIVE TRACT CAUSED BY E. COLI

The best known type of E. coli is O157: H7 which can cause so-called HUS and even lead to death.
It is well known due to the recent case of polluted spinach fields in United States of America. In the year 2006, E. coli O157: H7 led to an epidemic and caused the withdrawal of spinach off the market, both in U.S and Canada. This type of E. coli bacteria can be fatal for the elderly, children, or people with already weakened immune systems. Healthy adults can pass without major consequences, only diarrhea. Antibiotics do not help in this type of infection, instead they cause even greater and worse consequences.

Treating this type of infection in some countries to test and apply the so-called “Phage therapy” which is currently approved only in the former Soviet Republic of Georgia, and Poland (in Poland this figure is not specified).

There are known cases of meningitis caused by E. coli. In rare cases, E. coli can cause other diseases such as pneumonia and a septic disease. Previously mentioned, the prostate in men may be infected with this bacteria. 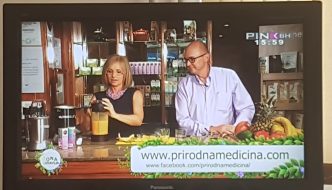